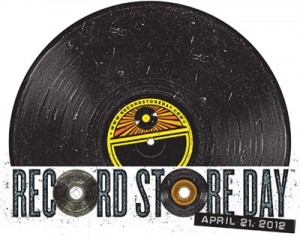 How do you replace 1,600 LPs after a shipping mix-up results in US Customs destroying the whole lot? It takes a few generous friends, tenacious trawling of record shops, a research guru â€“ and a whole lot of cash, writes Ed Vulliamy

‘But you can guarantee that my belongings will be delivered?” I asked, quivering â€“ and I can still feel the nausea that came over me, even before the man at Yellow Moves of Hammersmith said: “No, I can’t â€¦ I’m afraid your things have been destroyed by United Airlines.”

This was January last year, six days after the shootings in Tucson, Arizona, and my “things”, which had been heading for Tucson, included some 3,000 books and 1,600 vinyl LP records.

The collection had been lovingly sought, compiled and scratched since the age of 12, when I boughtÂ Help!Â by the Beatles. The following year I added Dylan’sÂ Highway 61 Revisited, and transcribed every word to every song, holding the needle aloft above the record while I wrote them down. I would work on Saturdays to buy the records of bands that played the Isle of Wight or Shepton Mallet, at the Roundhouse and in Notting Hill â€“ Hawkwind, Floyd, Steppenwolf â€“ during the early 70s, and got Noel Redding and Mitch Mitchell to inscribe a copy of Hendrix’sÂ Axis: Bold As Love. Soon after, I bought Shostakovich’s 5th Symphony and saved up forÂ Don GiovanniÂ under Otto Klemperer’s baton.

I’ve always listened to vinyl, and never threw any away. I dislike the metallic edge on digital sound and couldn’t download my way out of a paper bag even if I wanted to, which I don’t. I agree with my friend Joe Boyd, who produced Fairport Convention and the Incredible String Band, and who said, when I called him on 21 April: “The vinyl sound is soothing or exciting, depending on what you intend. It’s warm, it’s three-dimensional, doesn’t tire your ears.” Joe is reorganising the shelving of his collection after a move, listening to every record as he goes, and after six years is just over halfway through.

That is what I wanted to do. Moving to the Arizona desert had, as the saying goes, “seemed like a good idea at the time”, and all that music and reading had been stuck in storage while I lived in the confined spaces demanded by London prices. I wanted to get it all out, and listen again.

I had entrusted my belongings to Yellow Moves, and got a text while over in America during October 2010 promising: “Just wanted to let u know that the shipment will be there beginning of next week.” It was an empty promise. The right paperwork did not reach the right people. My books and records had been “released to carrier for destruction” by US customs in Phoenix. I felt as though the physical evidence for most of my life had vanished.

The fightback began when I realised one day that vinyl could be replaced. Over coffee, my friend Paul Gilroy handed me six albums by Neil Young, Sly Stone, the Beatles, Mike Bloomfield’s Electric Flag, Stoneground and Poco from his own collection. The restoration had begun. My partner Victoria sought outÂ Polly on the ShoreÂ by Trees for a birthday treat. An Italian friend, Allegra Donn, presented me with Traffic’sJohn Barleycorn MustÂ Die, signed for her by Steve Winwood. With people like Paul, Vic and Allegra reacting like this, I already started to feel a richer man than before.

Then something wonderful happened. I had met a young soldier named Edin Ramulic in a trench during the Bosnian war; we had spent an afternoon together in 1995 dodging sniper fire, after which I smoked my last ever cigarette and gave him my remaining cartons of Camel.

I kept bumping into Edin after the war, once in St Louis, Missouri, while he was on a speaking tour, from which he took time out to scope a shop with me called Vintage Vinyl for Neil Young records. “I’ve got those,” said Edin, and I winced as he explained that his collection had survived the war (while mine had failed to survive Yellow Moves). Some months later, I was in Edin’s home town of Prijedor in Bosnia and we met up. He asked: “Eddie, have you got room in the boot of your car?” and opened his. It was half-full of vinyl records. “Come on,” he said. “It’s a bit dusty, but load up. To pay you back for those cigarettes.” For all my friends’ generosity, however, there was a very long way to go.

In Notting Hill Gate, amazingly, Classical Record Exchange lives on. Here remains a treasure trove of Czech Supraphon and Soviet Melodiya, for music by Janacek and Shostakovich respectively, on which I used to spend pocket money at Collets the Communist bookshop in Charing Cross Road. . And there are the glorious gold-labelled HMV Angel records; young Barenboim, Furtwangler, Solti and opera in boxed sets. You can emerge with 20 records for under Â£100, and I did, on several occasions.

Before the advanced search for Keef Hartley, Spooky Tooth or the Third Ear Band, some basics had to be replaced immediately, and Second Hand Rose in Greenwich Village had most of them for, scarily, between $40 and $60 a pop: all three albums by Buffalo Springfield; Dylan’sBringing It All Back Home,Â Pink Floyd’sÂ Ummagumma, the Allmans’Â Eat A Peach,Â MonsterÂ by Steppenwolf,Â Who’s Next, Johnny Winter’sÂ Second Winter,Â VolunteersÂ by Jefferson Airplane andÂ Live/Dead.

At Record & Tape Exchange, I did not have the Â£35 necessary for an Island pink-labelÂ UnhalfbrickingÂ by Fairport, let alone Â£200 forÂ Live At Leeds. A careful navigation between affordability and authenticity was necessary: settling for a 1980s reissue ofÂ Unhalfbricking, but forking out Â£18 for New Riders of the Purple Sage and Â£38 for the Small Faces’Ogden’s Nut Gone Flake. Usually the ceiling is a fiver, maybe a tenner.

At my local shop, Tor Records in Glastonbury, there is a lovely lady called Leslie who knows folk music inside out. The morning after Bert Jansch died, I went in to fork out Â£28 for a near-mint edition of Pentangle’sÂ Basket of Light, but I certainly do not have the necessary Â£298 for Hendrix’sÂ Axis: Bold As Love, perched like an icon above the counter. Tor is great for the Clancy Brothers and Joan Baez, all under a tenner.

Hairy Records in Liverpool became important to my life; well stocked with Loggins, Messina, HillmanÂ et al, and the range of Progrock you’d expect from Merseyside.

But there are times in life when you know you can’t make it alone and, accordingly, I have engaged a vinyl guru called John Stapleton, who keeps the magnificent Wanted Records store in funky Bristolcorrect, of which he says: “It’s hard to find the balance between running a business and a museum, but I’d rather sell something for 50 quid now than 75 next month.”

Stapleton is taking receipt of my “wanted” list and will help me through the surprises as to which records are hard and expensive to get, and which not: “Take the Beatles’Â Help!,” he says. “There were millions of them, and even if only a tenth are in good nick that’s still plenty. You’ll find one for between 10 and 20 quid, or Â£150 in really good condition The rarer, the more expensive, and there are records I’ve never seen after years of doing this. But then you’ll have records every collector thinks they must have: and even though the first King Crimson album was number one in the charts, a pink label in good condition could set you back 300 quid..”

So there are mountains to climb. I just cannot find Here and Now’sÂ Floating Anarchy RadioÂ â€“ and there is the burning issue of the blues. They were my first love, really, along with Dylan and Dmitri Shostakovich. Sonny Terry and Brownie McGhee; Son House and Bukka White; Elmore James and Otis Spann. These were treasures I picked up while a teenager in Chicago, at Rose Records on Wabash, now gone. But this summer I’m taking my eldest daughter to a Harry Potter convention in the Windy City, and I might slip South Side in search of some Big Bill Broonzy.

Anyway, I must stop now. Tor Records closes in 15 minutes; I’ve had my eye on a Byrds double album that came in recently and, this beingÂ Record Store DayÂ (21 April), I might just treat myself.

The Jimi Hendrix Experience, Are You Experienced, 1967
I saw him in 1970 and was sufficiently blown away to need original Track Records edition.

Elmore James, To Know A Man, 1969
Double album on Blue Horizon. This is not his finest, but it had me spellbound, aged 15.

Colosseum, Valentyne Suite, 1969
Loved the spectral girl on the cover. Have the reissue, but it’s all about the swirly Vertigo label.

King Crimson, Court of the Crimson King, 1969
Epic and essential â€“ they blew the Stones off the stage in Hyde Park with this.

Trees, The Garden of Jane Delawney, 1970
Haunting album by a band from my schooldays. Have to find replacement with orange CBS label.

Dmitri Shostakovich, Symphony No 7, Leningrad Philhar-monic, Mravinsky BMG-Melodiya, 1972
Heard it at the Proms in 1971, hypnotised. Bought it at Collet’s.

Bob Dylan, Highway 61 Revisited, 1965
Greatest album ever, bought for 32s 6d, and though easy to find must have the first UK pressing, also CBS orange.

Here & Now, Floating Anarchy Live 1977
Crazy and wonderful album, harder to find than it should be. From a happy time in life.

Re-published from The Observer, 22nd April.