Ernie K. Doe, or Ernest Kador, or Ernie Cato and other variations on his name wasÂ the self-proclaimed ‘Emperor of the Universe’ cut a number of Â New Orleans R&B classics in the early 1960s. He also ran a world famous club – the ‘Mother In Law Lounge’ and was a mainstay of the New Orleans jazz festival until his death.

Born at Charity Hospital in 1936, K. Doe honed his vocal talents in the cityâ€™s gospel circuit and in backstreet bars and lounges.

He began recording in 1953 for United Records, recorded for Savoy a year later but really hit the big time in Â 1961 he rocketed to stardom with the number-one single ‘Mother-in-Law’ on Minit Records written and produced by Allen Toussaint.

The track became the first recorded by a New Orleans artist to top both the pop and R&B charts.

He continued to wax for Minit (including an album called ‘Mother In Law’ – which I picked up in a record shop in Stockport in the early 1970s, – they were selling shed loads of cut price imported Minit albums) before joing Duke Records in 1963. He stayed with Duke until 1970 cutting some fine R&B sides, but with little chart action.

In 1971 his little known album on Janus Records contained a track ‘Here Come The Girls’ – which over thirty years later was used by the retail company Boots for a TV advertising campaign and covered by the girl group The Sugababes. 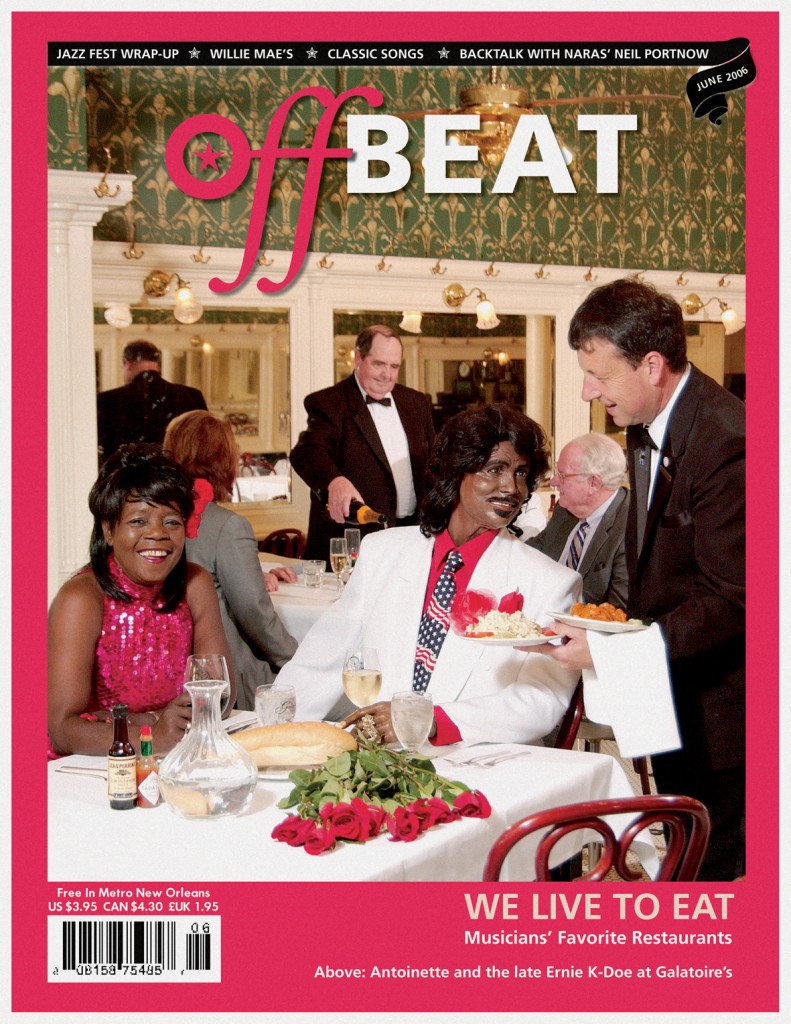 There are also masses of photographs and memorabilia – especially of the inside of his club ‘The Mother In Law Lounge’, which was badly hit by Hurricane Katrina. Spookily the club had a ‘statue’ (in effect a life size dummy) of Ernie which his wife had placed outside in a wheelchair and relocated inside the club at various tables. She appeared with the dummy on the cover of the New Orleans magazine ‘Offbeat’

The biography is the tale of a singer who was larger than life. He wore outlandish costumes and wigs, issued his own CD’s – including one called ‘I’m Cocky But I’m Good Just Standin’ On Top Of De World’ (1990).

From the hits of the early 1960s to relative obscurity and then re-creating an image that made him well loved in is home town ‘the Emperorâ€™s’ larger-than-life personality and unremitting positive outlook makes his story extraordinary.

Check out â€śErnie K-Doe: The R&B Emperor of New Orleans,â€ť available in the USA from April 11th.