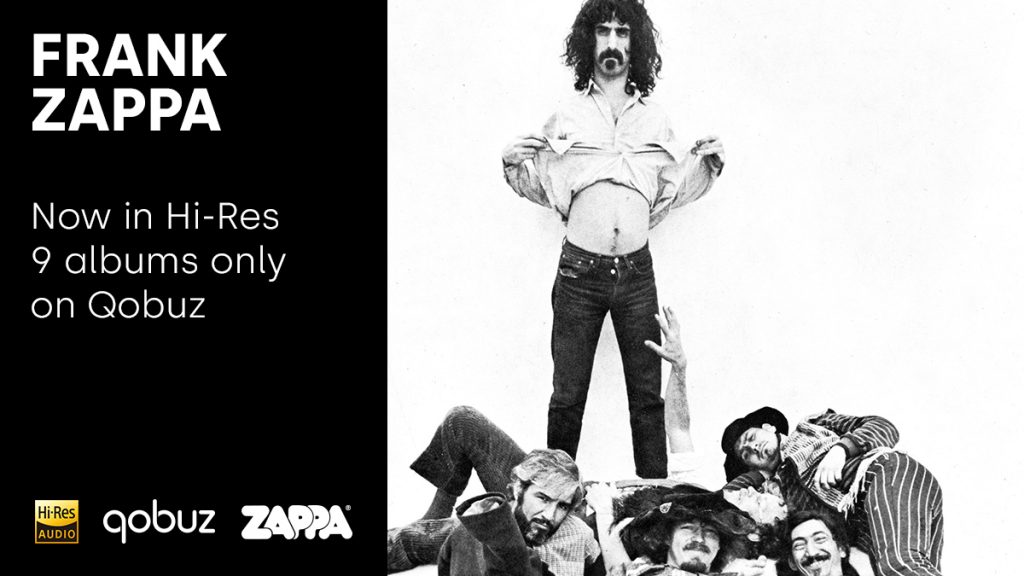 The five-week campaign will span a series of drops between now andÂ May 7th, with classic and influential albums released for download and streaming in Hi-Res audio quality for the first time.

Beginning April 2nd, fans will be able to stream and download nine albums exclusively on Qobuz. The albums will be available in native 24-bit Hi-Res FLAC format. Each will include an extensive PDF digital booklet, a feature only available on Qobuzâ€™s streaming apps. The assortment includes the second album from the original Mothers of Invention, ‘Absolutely Free’, first released in 1967, and ‘Halloween 81’, documenting Zappaâ€™s famed holiday residency at New York Cityâ€™s Palladium, in both full box set and edited â€˜highlightsâ€™ versions.

This entry was posted in Rock, Uncategorized. Bookmark the permalink.