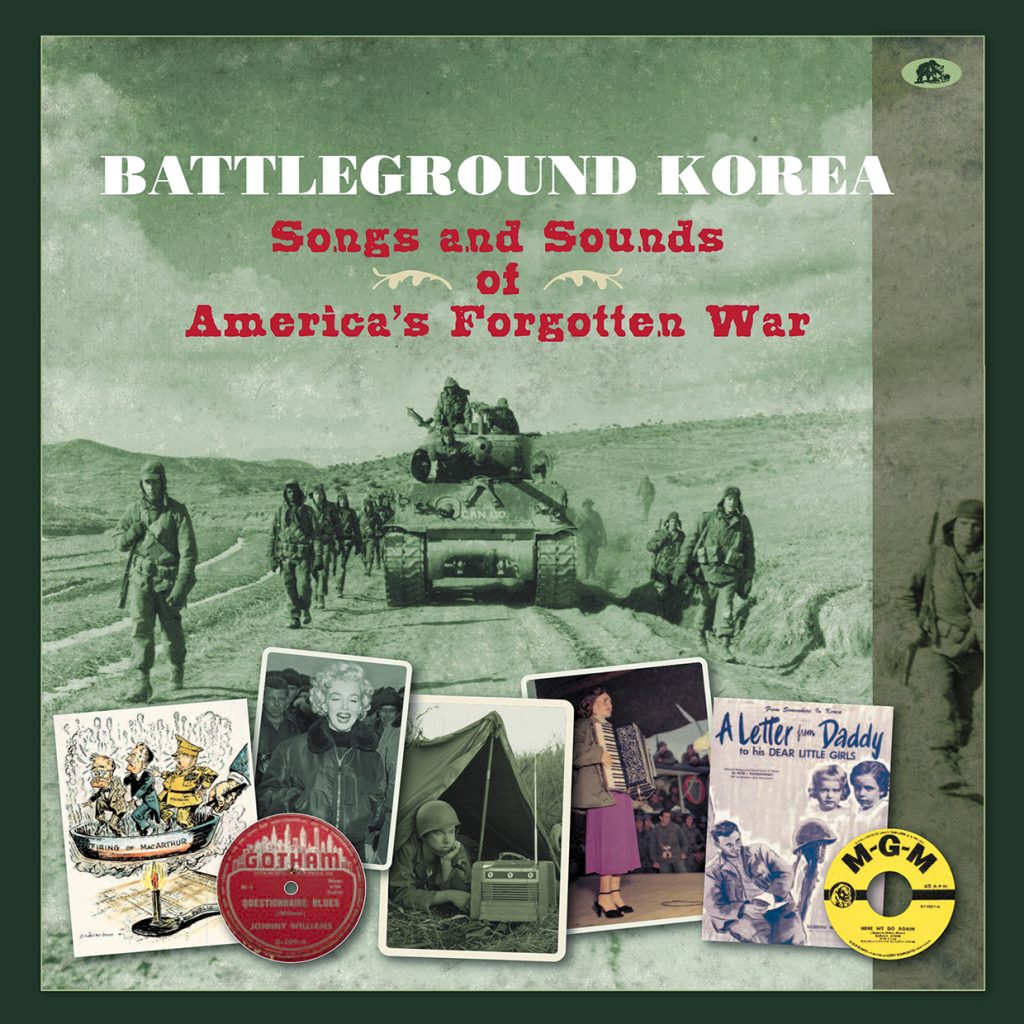 Bear Family Records have assembled an impressive four-CD anthology that is part 1950s American soundtrack and part historical document, representing the most comprehensive examination ever assembled of songs inspired by the Korean War.

While the music of the World War II and Vietnam War eras garnered a lot of attention, far less is known about the sounds of the Korea War period, even though it stands as a significant time in American society, from the post-WWII boom years to dawning of the 1960s.

Each of the ‘Battleground Koreaâ€™s’ discs is organised around a different theme, essentially taking a chronological look at the war. CD 1â€™s songs are about â€śGoing to War,â€ť while CD 2 deals with being â€śIn Korea.â€ť â€śOn the Homefrontâ€ť is CD 3â€™s focus and CD 4 explores â€śPeace And Its Legacies.â€ť 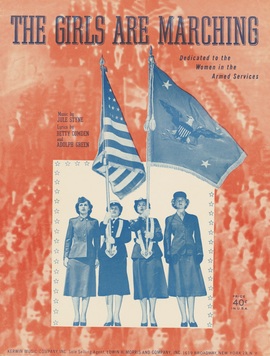 CD 1, in fact, contains renditions of â€śKorea Bluesâ€ť done by Fats Domino, Clifford Blivens with the Johnny Otis Band, and Willie Brown. Bear Family have dug deep to discover tunes for this set, and certainly came up with some interesting obscurities including Hank Harral and His Palomino Cowhands on â€śWhen They Raised the UN Flag In South Korea,â€ť Cactus Pryor and his Pricklypearsâ€™ tune â€ś(In Again, Out Again) Packing Up My Barracks Bags Blues,â€ť and â€śWhen They Drop the Atomic Bombâ€ť from Jackie Doll and his Pickled Peppers?

There is much more to ‘Battleground Korea’, however, than just the songs; archival non-musical material is woven in throughout including General Douglas MacArthur as well as excerpts of speeches by presidents Harry Truman and Dwight Eisenhower. There are field reports from war correspondents and public service announcements from Vic Damone and even cartoon character Howdy Doody.

Click here to hear a previously unheard song from the collection.

The box comes with a 160-page, full-color hardcover book, with liner notes from music scholar Hugo A. Keesing detailing background information on every song and recording artist.

Fully illustrated, the book also is packed with vintage photographs, flyers, advertisements, record covers, magazines, and other period memorabilia. Special chapters include an interview with country singer Frankie Miller about his time in Korea, a nine-page section with some rare photographs of Marilyn Monroeâ€™s visit with the U.S. troops, and a history of the Korean War.

“Battleground Korea” arrives at a timely moment, with Korea a frequent subject in the news and the U.S. government having a particularly fraught relationship with North Korea. This highly relevant box set provides a compelling collection of period music and historical perspective into the sights and sounds of Americaâ€™s forgotten war.