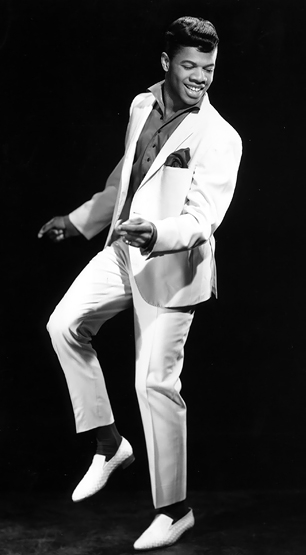 Castor had his biggest hits during the disco boom of the 1970s with his band The Jimmy Castor Bunch. Castor played saxophone and sometimes sang.

â€˜Troglodyte (Cave Man)â€™ became a million-seller in the summer of 1972 on RCA – a half-spoken lyric now being described in music sites as a record that paved the way for rap music. Which may be true as his records have been sampled by Grandmaster Flash and NWA.

Castor first made the charts in early 1967 with â€˜Hey Leroyâ€™ – an infectious record issued on Smash Records with lyrics simply telling ‘Leroy’ his mother is calling.

Castor was born in the Bronx and attended the High School of Music and Art. He was barely a teenager when he wrote the song â€˜I Promise To Rememberâ€™ and recorded it with his first vocal group, The Juniors.

It became a hit for Frankie Lymon and the Teenagers.

Castor briefly sang lead with the Teenagers after Lymon left and gigged with a touring version of the Teenagers.

Castor’s recording career wound down in the late 1980s, but he continued as a live act.

This entry was posted in 45 rpm, Jazz, Soul. Bookmark the permalink.