Lonnie Donegan and the Birth of British Rock & Roll 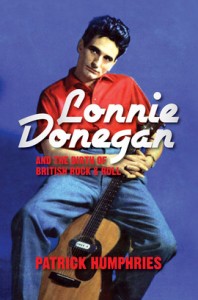 This new biography of Lonnie Donegan by Patrick Humphries ┬Āis described as “a work of deep research and dedication” and “the story of the man who arguably kick-started the British rock and roll scene and remains one of the most important and in’¼éuential ’¼ügures in British rock music ┬Āhistory”.

It is the ’¼ürst full-length biography of the skif’¼ée king and godfather of British rockŌĆÖnŌĆÖroll.

Patrick Humphries has also interviewed LonnieŌĆÖs ’¼ürst wife and daughter, who were with him during the glory years of the 1950s, and a number of jazz musicians who worked with Lonnie before he broke through, and talk about him for the ’¼ürst time.

Its out on October 29th.