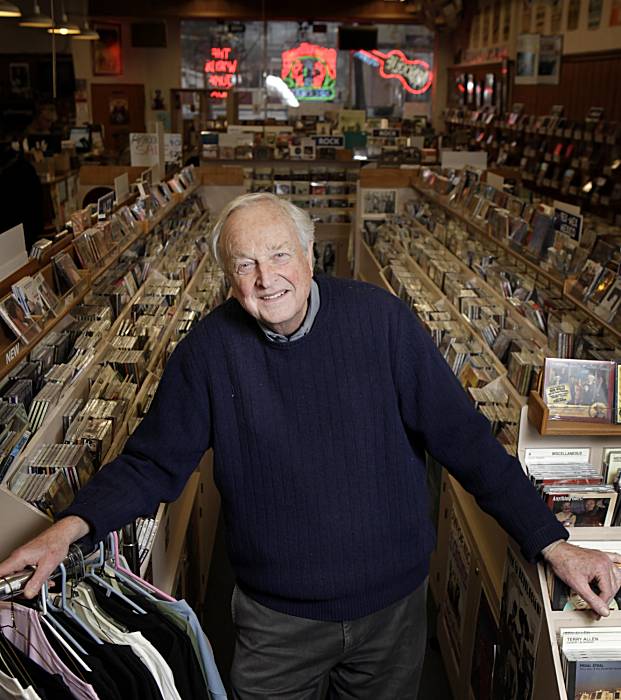 Thousands of recordings tossed by Colorado’s first Spanish language radio station as tastes and technologies changed will be catalogued, digitized and added to the nation’s largest archive of Mexican-American music.

For three days this week, collector Chris Strachwitz, 81, pawed through about 12,000 records donated by 85-year-old Carmen Juarez Beall, who worked as a KFSC disc jockey in the 1950s.

He was searching the boxes of antique 78s, 45s and LPs for tunes and artists not already in the collection of his Arhoolie Foundation – and for copies in better shape than records already in the archive.

The recordings will be cleaned and digitized along with photos and biographies of the musicians, and then archived at theÂ University of California Los Angeles Digital Library.

The idea is to construct a vivid history of a music genre that has been neglected by listeners, collectors andÂ Â academics, said foundation treasurer and director of digitization Tom Diamant.

“The history of these artists and their music has been scantly recorded. Every day, someone dies and takes some of that history with them,” said Strachwitz’s collaborator Jonathan Clark, a researcher in mariachi music.

These rare recordings are getting harder to find, said Strachwitz, who fell in love with Mexican-American music and has been collecting since he emigrated from Germany in 1947.

“I look for records everywhere, from distributors to record shops to flea markets, even private homes,” he said.

The Arhoolie Foundation works to preserve and promoteÂ regional and vernacular music. It has about 140,000 commercial Mexican and Mexican-American recordings, the oldest record dating to 1908.

Many of these songs are a part of Strachwitz’s own collection, the Strachwitz Frontera Collection of Mexican-American Recordings.

Strachwitz uses the word “frontera” â€” which translates directly to “border” in Spanish â€” to label the music in his collection because many of the songs originated from the border region between the U.S. and Mexico. The collection initially included songs from Mexico, Texas, southern California, and eventually grew to include music from places like Cuba and Puerto Rico, Diamant said.

Strachwitz says he finds frontera music is among the richest forms in terms of content, especially the narrative ballads known asÂ corridos. Corridos were very popular in the early 20th century, he says, and they revealed a lot about the people and the time period. However, because of the lack of documentation, much of this history remains hidden within the recordings, he said.

“In Anglo music, almost everything is available and accessible,” Strachwitz said. “In Mexican-American music, that is not the case.”

Strachwitz and Clark will sift through Juarez Beall’s records to fill holes in the current collection.

“Just when we think we pretty much have everything, another collection comes up, which is wonderful,” Diamant said. “It’s amazing that you can even find collections like this anymore.”

As taste and technology evolved, 45s, 78s, and LPs were slowly replaced by newer forms of technology and more popular music, Beall said.

“As the records became obsolete, she just kept them,” said Beall, who remembers her mother storing discs in various closets and basements over the years.

Back then, Denver had little to no Mexican culture. “We didn’t even know what a mariachi group was,” Juarez Beall said. “We thought, was it something you eat?”

In fact, she said, there was a real lack of pride in any Mexican heritage. “We were ashamed,” she said. “Everyone was ashamed to be Mexican.”

Before the radio, there were few entertainment options for Spanish-speaking people. But whenÂ KFSC founder Francisco “Paco” Sanchez started broadcasting from his kitchenÂ at 3340 Lafayette St., things began to change, Juarez Beall said.

“There wasn’t any place for Mexicans to go,” said Beall, saying KFSC gave Mexicans a sense of place. “But the radio was uniting.”

Strachwitz and the Arhoolie Foundation hope their collection continues to foster that feeling of unity and pride in Mexican-American culture.

“It’s a never-ending process of acquiring records and finding information on the musicians and producers,” Diamant said. “We’re trying to piece together a musical history that is an integral part of Mexican and Mexican-American culture.”