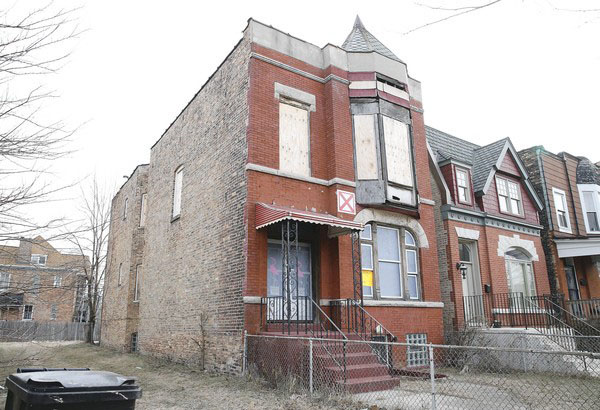 A house in Chicago once lived in by Muddy Waters and his family is being threatened with demolition because of its ‘dangerous’ state.

The house at 4339 S. Lake Park Avenue wasÂ lived in by Muddy, his wife Geneva and family along with assorted blues musicians from 1954 until he moved two decades later.

The boss of Alligator Records, Bruce Iglauer is campaigning to save the property from demolition said: “The city of Liverpool would recognise the historic, cultural and tourism value of John Lennon’s house and never allow it to be torn down. Muddy Waters was every bit as important to the blues and to Chicago as the Beatles were to rock ‘n’ roll and Liverpool.”

Early this month Chicago city officials issued a warning letter to the owner after an inspection found the property to be unsafe. AnÂ inspection described the property as “dangerous,” with the windows, doors, stairway and porch in need of proper maintenance.Â The letter, Â to the owners is the first step in the process of obtaining a court order that would allow demolition but gives the owner 15 days to remedy the problems.

But city officials confirmed the owner of the house has said they will address the issues Â the Commission on Chicago Landmarks are offering help.

“The assistance is intended to help get the building secure, safe and viable as a residential property,” said Peter Strazzabosco, deputy commissioner at the Department of Housing and Economic Development.

The city Buildings Department has not asked the circuit court for an order to demolish the house, and once in court it could ask a judge to drop the matter if it finds that the property is secured and the violations resolved. The house is in the North Kenwood landmark district, meaning any demolition plan would need an permission from the landmarks commission.

Tim Samuelson, cultural historian with the city’s Department of Cultural Affairs and Special Events, said many people have recognised the historical significance of the site and proposed that it be turned into some sort of museum in tribute.Â “But people always respected the fact that it was still in the ownership of Muddy’s family,” he said.

The home was showing signs of neglect in 2000 when artists and community volunteers cleaned up the property and painted murals on the window and door coverings. After that, Samuelson said, residents moved in and occupied it for several years.

Now that the home is again vacant, however, residents have complained that the property is unsecured and unsafe.

James Cotton, Muddy’s harmonica player arrived in Chicago in 1954 from West Memphis, and stayed in the house for six years. He said Waters’ bed was directly over the basement, so he learned the music even when band members practiced without him.Â “He laid in the bed listening to us down there,” Cotton said in an interview.

Harmonica player Paul Oscher and blues pianist Otis Spann both lived for years in the basement, which Waters had divided into several rooms.

“I would practice in my room and Spann would be in the back,” Oscher said. “The piano was in the middle and me and him would play together.”

In summertime, Oscher said, the celebration expanded into the neighbourhood. He said that in warm weather Spann would set up his electric organ in an alley near the house, and area residents would trickle into the alley and join in singing.

This entry was posted in Blues, Rock & Roll, Roots, Uncategorized. Bookmark the permalink.