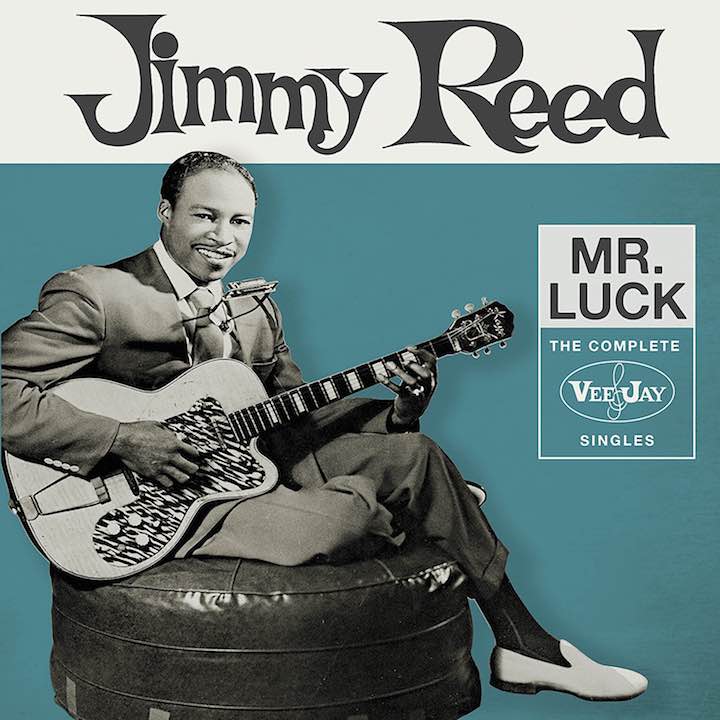 Issued by Craft Recordings via Concord, the collection is available in a CD set set, as well as digitally and on streaming sites.

This set features JimmyŌĆÖs recordings from the early 1950s until the mid-1960s, including his biggest hits as well as several rarer items, now making their digital debut – via newly-discovered master tapes.

Liner notes for the set are by the Scott Billington, and they are accompanied by detailed session notes and an annotated biography.

The set also features several spoken introductions by Calvin Carter, owner of Vee Jay who’s heard speaking to Reed retrospectively about some of his landmark tracks.

Jimmy was just only 50 when he died in 1976 of alcohol related problems. He was inducted into the Rock and Roll Hall of Fame in 1991.

“Of all the blues musicians who began recording in Chicago in the late 1940s and early 1950s, Jimmy Reed might have seemed least likely to succeed,ŌĆØ writes Billington in his liner notes. ŌĆ£Yet, until BB KingŌĆÖs run of bestselling records in the late 1960s, no post-war blues artist sold more records or showed up as often on the Billboard R&B and pop charts. Jimmy ReedŌĆÖs music was approachable and, at least on the surface, easy for other musicians to play.ŌĆØ

Expect a similar set from the same label to celebrate the centenary of John Lee Hooker soon.