This year, Senegal‚Äôs¬ÝOrchestra Baobab celebrate their 50th Anniversary. Its major milestone for any band but their story is even more fascinating.

To celebrate the band has announced the issue of their landmark 2002 classic reunion album ‚ÄòSpecialist In All Styles‚Äò for the first time ever on vinyl, on September 25th. Alongside this comes a previously unseen video from the archive ‚Äì a performance of ‚ÄòJiin Ma Jiin Ma‚Äô from their 2015 show at Jazz √Ý Vienne Festival in France.

‚ÄòSpecialist‚Äô was the first album by the full group since 1982‚Äôs legendary ‚ÄòPirates Choice‚Äô, a holy grail for African music fans. Recorded at London‚Äôs Livingston Studios in just ten days and produced by World Circuit‚Äôs¬ÝNick Gold¬Ýwith¬ÝYoussou N‚ÄôDour, ‚ÄòSpecialist In All Styles‚Äô is a definitive illustration of Baobab‚Äôs Afro-Latin magic, introducing new material and reinventing some of the old tunes that made them famous. 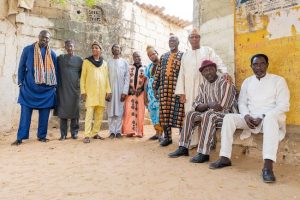 The band owes their start to the entrepreneurial force that was Ibra Kass√©, club owner, impresario and founder of the Star Band, whose residency at Dakar‚Äôs Club Miami in the late 60s made it a notoriously lively joint. Here, Kass√©‚Äôs band lit up the night with a music flavoured by rhythms from around the world, all flowing into Dakar ‚Äì one of the great ports of west Africa ‚Äì from America, Europe, and Cuba, as well as Senegal‚Äôs West African neighbours Ghana, Sierra Leone and the Ivory Coast. This eclectic combination of rhythms and styles would all later feed into Baobab‚Äôs DNA.

By the start of 1970, at the height of the Star Band‚Äôs fame, a new fashionable venue, Club Baobab, opened its doors in Dakar‚Äôs European district. Well known as a hangout for those with status and power, the club was built around a baobab tree, and to fire up its musical roster, its well-connected owners poached Star Band singers Balla Sidibe, Rudy Gomis and guitarist Barthelemy Attisso. Bassist Charlie Ndiaye and percussionist Mountaga Koite soon followed, joined by rhythm guitarist Latfi Ben Jelloun, Nigerian clarinet player Peter Udo, and veteran griot singer Laye Mboup.

With that, the stage was set for Orchestra Baobab to set the tempo for a new era of modern Senegalese and African music, drawing through the club‚Äôs doors a diverse urban crowd ranging from businessmen and politicians to army officers and expats.

Combining pop, soul and traditional music from across Senegal and beyond, Orchestra Baobab quickly developed a distinctive raft of styles that reflected the cultural mix and the strong musical personalities of its members. Balla and Rudy hailed from Senegal‚Äôs culturally rich Casamance, saxophonist Issa Cissokho from Mali, and Latfi from Morocco. Guitarist Attisso ‚Äì the lawyer-turned-guitarist whose arpeggio runs would become one of the band‚Äôs scintillating trademarks ‚Äì came from Togo, but what bound these myriad elements as tight as a drum skin was a strong Cuban influence, introduced to Senegal by sailors flowing in and out of the Port of Dakar.

Over the next decade, Orchestra Baobab kept evolving with an ever-changing lineup of members and released a number of classic records along the way.
However, by the end of 1983 Baobab had unofficially disbanded, and it wasn‚Äôt until Nick Gold and Youssou N‚ÄôDour encouraged the group to reform 15 long years later that Orchestra Baobab rose again at their now-famous London Barbican gig in 2001 and received a standing ovation that seemed to go on forever.

Celebrating 50 years as one of Africa‚Äôs greatest bands is an achievement few can equal, and while special Anniversary shows have been put on hold as a result of the global Coronavirus outbreak, plans remain in place to celebrate the band and their story through filmed performances and interviews, remixes and playlists, to help the prestigious Orchestra‚Äôs global legion of fans celebrate their half-century milestone. 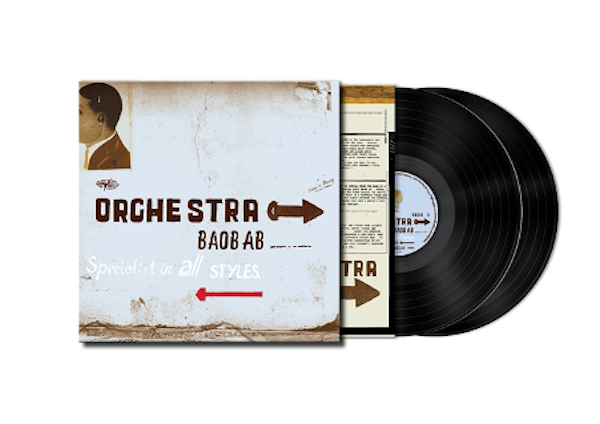