The Return Of The Duck

One of StockportŌĆÖs best loved progressive and heavy rock bands Savory Duck have released two excellent downloadable albums which are available from the bandŌĆÖs website and on the usual download music sites.

The Duck sprang from a four-piece heavy rock band called Burial who specialised in covers of tracks by Black Sabbath, Atomic Rooster and US power rock giants Grand Funk Railroad.

In the early 1970s they formed a new progressive rock band Savory Duck based around the guitar, keyboard and song writing skills of Arny Sage.

They also held down regular gigs at StockportŌĆÖs Mersey Tavern. A local newspaper report described the band as ŌĆ£Fluid, competent and professionally flawlessŌĆØ.

The Duck disbanded in 1976 but played occasional gigs and continued to lay down tracks at a number of studioŌĆÖs including the famous Strawberry Studios in Stockport. 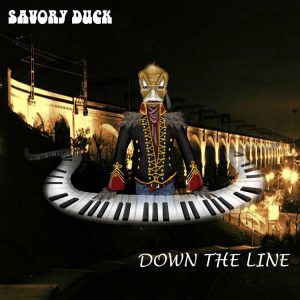 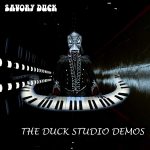 ŌĆśDown The LineŌĆÖ was recorded at a number of small Manchester studios between 2015 and 2019.

Also issued is a polished album of demo recordings ŌĆśThe Duck Studio DemoŌĆÖsŌĆÖ cut between 1975 and 1976 at Strawberry Studios with one track ŌĆśVariation 55ŌĆÖ cut and mixed between 2001 and 2003 at Cavalier Studios in Stockport.

These albums are a must for progressive and heavy rock fans and can be downloaded at the bandŌĆÖs website (and they have a Facebook site too) which contains details of the bandŌĆÖs ever evolving membership, details of these two albums, recording data, historical band photos and memorabilia.

Not to be missed by fans of 1970s progressive rock.

This entry was posted in Uncategorized, Website. Bookmark the permalink.