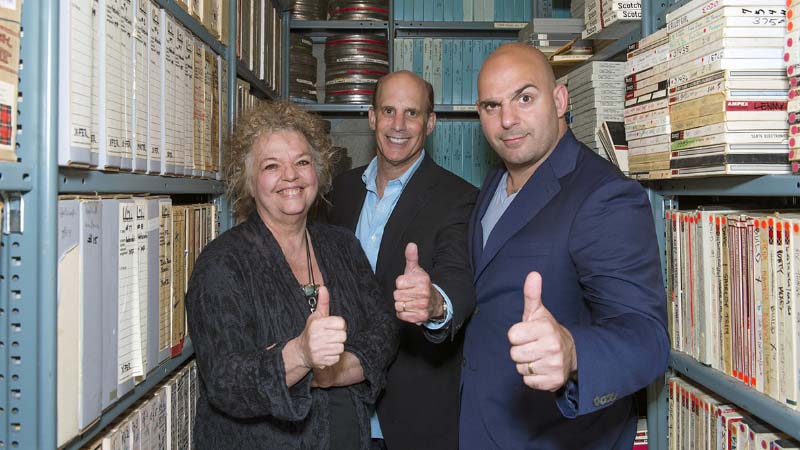 The estate of Frank Zappa has agreedÂ an extensive licensing and distribution pact with Universal Music, which will now be able to release all manner of â€śnew product releases, film and theatrical productions and trademark licensing,â€ť starting with a 180-gram vinyl reissue of Zappaâ€™s 1974 LP ‘One Size Fits All’Â on August 14th.

The new deal comes as Zappaâ€™s youngest son Ahmet assumes control of the Zappa Family Trust, taking over from his mother Gail Zappa. â€śThis is literally an opportunity of a lifetime for me,â€ť Gailâ€™s quoted as saying in a press release. â€śI am universally thrilled with this partnership because the fans will have unparalleled access to Frank Zappaâ€™s works. The doors to the vault are now officiallyÂ wideÂ open.â€ť

According to Ahmet, he already has a series of releases in the pipeline, including ‘Joeâ€™s Garage, The Musical’, the long-awaited ‘Roxy Movie’ and a recording of an orchestra performance of ‘200 Motels’ featuring the Los Angeles Philharmonic.

â€śThe fans of Frank Zappa will have more music and more access â€“ when they want it and how they want it,â€ť enthused Ahmet. â€śWith Universal as our partner, I look forward to bringing to life ‘Joeâ€™s Garage, The Musica’l, the release of ‘The Roxy Movie’, the release of the Disney Hall performance of ‘200 Motels’ under the baton of conductor Esa-Pekka Salonen and so many more projects of this calibre. I couldnâ€™t be more excited about the future.â€ť

In additionÂ a new documentary about Zappa has received approval from the Zappa Family Trust.

The film is presently in its early stages of development and is scheduled to come out in 2017.

The documentary is being directed by Alex Winter. Best known for his role as Bill S. Preston, Esq. in the ‘Bill & Ted’ movies,

â€śThere has yet to be a definitive, authorized documentary on the extraordinary life and work of Frank Zappa,â€ť Winter says. â€śI am beyond thrilled to be embarking on this journey. Our tale will be told primarily in Frankâ€™s own words; he will be our guide through this journey.â€ť

The Zappa film will be based on Winterâ€™s script and will encompass the many aspects of Zappaâ€™s life and music.

â€śThis is not an easy story to tell,â€ť notes Ahmet Zappa, â€śand we trust that Alex truly understands the complex and multifaceted man that my father was.â€ť

News of these new releases and the documentary comes weeks after the arrival ofÂ Dance Me This, the final album Zappa was working on before his death in 1993.